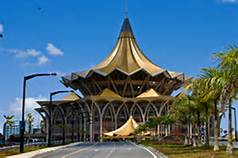 Chief Minister Datuk Amar Abang Johari Tun Openg said it would file an application with the Court of Appeal, albeit they respect the decision.

“We respect the decision of the court. You know, the court is more focused on points of law. So we will appeal to a higher court, the Court of Appeal,” he said when met by reporters at SK Rakyat in Satok here today.

Abang Johari said they would leave it to the state Attorney General (AG) as to when to file the appeal.

The High Court here yesterday ruled against the decision made by the State Legislative Assembly (DUN) and restored Dr Ting as Pujut assemblyman.

Following such a decision, there will be no Pujut by-election, which was previously fixed on July 4.
Dr Ting was disqualified in a 70-10 vote in favour of a ministerial motion in the DUN on May 12 for having once acquired Australian citizenship, though he later renounced it.
Borneopost