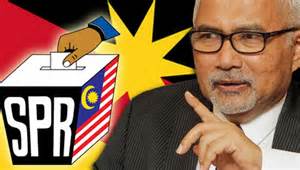 The Election Commission has decided on July 4 as the by-election for Pujut state constituency seat with nomination of candidates set on June 20, following a special meeting on Friday.

The announcement was made by its chairman Datuk Seri Mohd Hashim Abdullah.

The Pujut seat became vacant after Dr Ting Tiong Choon (DAP) was disqualified as the elected representative on May 12, following a motion seeking his disqualification for allegedly having Australian citizenship.

In the last state election, Dr Ting defended the seat for DAP after garnering 8,899 votes in a four-cornered against Datuk Hii King Chiong of BN, Jofri Jaraiee of PAS and Independent candidate Fong Pau Teck.

Dr Ting won the election with a 1,759 vote-majority.

Prior to his disqualification, BN’s direct candidate Hii filed an election petition against Dr Ting on June 16, 2016 for the court to declare the election result null and void, and the candidate who got the second highest votes as winner.

In October, the Election Court threw out the petition on technical grounds of having failed to comply with the regulations on submission of election petitions.
Borneopost