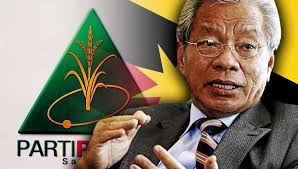 KUCHING: The Ministry of Infrastructure Development and Transportation is calculating the costs resulting from the damage caused by the recent floods, which would later be forwarded to the federal government for immediate assistance. The amount is estimated to be several hundreds of millions of ringgit.

“We are optimistic that the federal government will assist us in repairing our infrastructures such as roads and bridges, which were damaged by the recent floods. I have to be positive, because they (federal government) did the same thing when the three states were badly affected by floods.

“You still remember a few years back when Kelantan, Terengganu and Johor were badly affected by floods? I was told that about half a billion ringgit was spent to repair the infrastructures in these three states. And most recently, (flooding) in Penang as well.

“So why should there be any difference (for Sarawak)?” he told The Borneo Post during a session at his office in Bangunan Baitulmakmur near here yesterday.

Masing, who is also Minister of Infrastructure Development and Transportation, disclosed that the cost of repair works on damaged roads and bridges could easily reach hundreds of millions of ringgit.

“For Kapit Division, for instance, we need more than RM100 million – this includes RM90 million to improve the 34km Menjawah-Belaga Road and more than RM10 million to repair three bridges and roads that were destroyed (by floods),” said Masing, who is Baleh assemblyman.

He said once the compilation of all reports on damaged infrastructure in the state is done, he would then present it to Fadillah, who in turn would submit it to the federal cabinet for further action.

“I discussed with the PM and with Datuk Seri Fadillah on the destruction brought about by the rain and the floods — I’ve been told that they would assist us.

“So Datuk Seri Fadillah has suggested that I write about areas that have been badly affected by the rain and floods, and the estimated cost of repair. I met both of them (Najib and Fadillah) during the last PBB (Parti Pesaka Bumiputera Bersatu) convention,” he said.

Asked how soon he would be able to submit the letter, Masing said this would depend on ‘how fast the Ministry of Infrastructure Development and Transportation could come up with the estimated costs’.

The deputy chief minister said based on the prime minister’s policy of assisting any state in need, he said the present policy does not discriminate against any state – not even to the opposition-held ones such as Kelantan and Penang.

“It is good that we do not discriminate against any political affiliation. If you’re in need, we will help. That’s a good thing that (Datuk Seri) Najib did for Kelantan, which is very much an opposition (ruled) state. Yet we (the government) spent so much money on the Kelantanese when they’re in need — that’s what the government should do.

“After all, these people are Malaysians too,” added Masing.