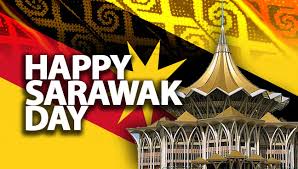 S4S to hold public talk as part of Sarawak Day do

The Sarawak for Sarawakians (S4S) movement will be holding a public talk at Paramount Hotel, Sibu in conjunction with Sarawak Day on July 22, starting 1.30pm.

Activist Lina Soo said that she and four other speakers would discuss and explore multiple important topics with regards to the history on the formation of Malaysia and factors contributing to nation-building.

“I will be speaking on ‘Sarawak Secrets From the British Documents’ based on my research at the British National Archives,” she told a press conference here yesterday.

Other speakers will be an academician and Cambridge-trained social anthropologist Dr Awang Hasmadi Awang Mois who will speak on ‘Cultural and Religious Factors in Nation Building’, lawyer Patrick Uren on ‘MA63 and Income Disequilibrium between Malaya and Sarawak’; activist Dzulfiqar Yeu who is popularly known as Bengkor and one of the founders of S4S, on ‘Decolonisation and Self-Determination’, and activist Jarau Ajan of Pertubuhan Anak Dayak Sarawak (Peranak).

“We must educate Sarawakians, especially the young ones, so that we are more aware of what we deserve. Let Sarawakians determine the future of Sarawak and for the young Sarawakians to continue the fight and struggle for our rights,” she said.

With Sarawak Day just around the corner, Soo urged Sarawakians to fly the Sarawak flag the right way to commemorate the day Sarawak attained self-government from the British.

“Very few Sarawakians fly the Sarawak flag. We hope more will fly the flag proudly in the month of July as it is a very significant month in our history. The right way to fly the Sarawak flag is to fly it with the black column on top and the red on the bottom. One of the sharp edges of the star should point to the line that divides the black and red columns,” she said.

Soo also said the state government’s move to send a legal team on a fact-finding mission to London is justified and necessary. However, they must do it professionally and to scrutinise all available documents pertaining to the formation of Malaysia.

“In 1962, the Greater Malaysia Scheme was accelerated into a ‘Crash Programme’ despite the British government’s admission that all three Borneoen territories (Sarawak, Sabah and Brunei) were unprepared and incapable of entering into a merger with Malaya, which has gained its independence since 1957,” she said.

Noting that certain quarters had severely criticised the team’s mission, Soo, however, felt this was being made purely for the sake of criticism without wanting to look behind the issue of Sarawak’s position as an ‘equal partner’ in the federation.

“When the legal team comes back, they will know and most importantly, they need to do something about it.

“Malayan political parties fear that if Sarawak and Sabah are able to show they have ‘equal rights as equal partners’, it would mean that ‘Malaysia’ would be a regional arrangement of three autonomous territories in the federation instead of 13 states.

“They also fail to raise relevant questions over the erosion of Sarawak’s rights because they acquiesce to the Malayan agenda – both BN and Pakatan – of dominating Sarawak territorial integrity and exploiting its resources,” she added.

Soo added that being one of three and one of 13 had huge implications for administration which could affect parliamentary seats, budget allocation, economy and revenue, just to name a few.

“The ramifications of such action, coupled with findings from the legal team’s trip could be serious that even opposition de facto leader Datuk Seri Anwar Ibrahim saw it fit to speak about it (London trip) from jail.”

The problem, Soo felt, boiled down to the Sarawak government’s lack of transparency with Sarawakians being kept in the dark over the government’s dealings with the federal government, which gave rise to harsh comments.

“If the people have been kept well informed, there would have been less criticism,” she added.
Borneo Post